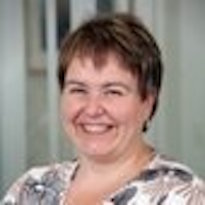 Hayley joined Chwarae Teg (Fair Play) in 2001 and is currently the Strategic Lead for Delivery, however, during her career; she has worked in all areas of the business. Hayley is responsible for overseeing the successful execution of projects and contracts that Chwarae Teg delivers by leading and supporting staff managing those activities.  One element of this role is to oversee the Policy & Research team at Chwarae Teg and develop best-practice initiatives and strategic recommendations from the research findings. Chwarae Teg  has continued to be Wales’ leading organisation for supporting women’s progression in the economy since it was founded in 1992. It works to address four key barriers which persist for women in the workplace, namely: the perceptions of the role of women in society, the lack of flexible, senior positions, out-dated and rigid workplace practices and the persistence of gender stereotypes. These barriers all contribute to the Gender Pay Gap in Wales and prevent the skills’ shortage from being significantly reduced.

Hayley is also responsible, along with the Senior Management Team for identifying and exploring opportunities for new projects that are aimed at changing individual and organisational behaviours that help Chwarae Teg achieve our vision and mission: A Wales where women achieve and prosper.  Hayley led the negotiations and wrote the Business Plans for Chwarae Teg’s ESF and Welsh Government-funded Agile Nation 2 Operation.  Prior to this Hayley was instrumental in securing and managing Chwarae Teg’s £12.5m flagship project, Agile Nation.  Both Agile Nation & Agile Nation2 were developed to have a positive and lasting effect on the progression of Welsh women in the workplace.  By providing support to women and employers the projects have proactively enabled best practice in gender equality, career advancement and a reduction in the gender pay gap.    Hayley has extensive knowledge of the business benefits of Equality & Diversity, and Modern Working Practices.  She has managed the SME Equality Project, working with SMEs to develop policies that were compliant with the law, held a Business Development Manager role and developed a number of projects in the business, including one that lasted six years in partnership with the Welsh Government; focusing on developing flexible working initiatives in both private and public sector organisations.    As an experienced leader and manager, Hayley is committed to people development and motivation and has an inherently collaborative approach to teamwork.