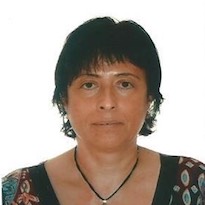 Prof Lledo is a theoretical physicists, she was awarded her PhD in 1995 in Universidad Simon Bolivar (Venezuela) . She was then a post-doctoral fellow at the Physics and Astronomy Department of University of California, Los Angeles (USA) and at Politecnico di Torino (Italy). She has been at the the Universitat de Valencia since 2003. Her research interest is in the interface on mathematics and physics and she has worked in diverse approaches to quantization of fundamental interactions, including string theory. I'm In the COST Action MP1210 'The String Theory Universe', where she is responsible of the gender issues.