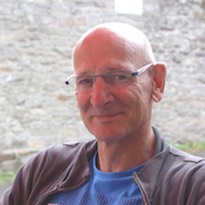 Kas is the coordinator of granting, responsible for the development and execution of all central funding schemes. These programmes have in common that researchers from all fields of science are eligible for submitting applications. Among these programmes is the talent scheme Veni, Vidi, Vici, the research infrastructure schemes and the National Roadmap for large-scale research infrastructure, the Gravity programme for large consortia and the Aspasia scheme for promoting women in science. Within his team, the talent and gender diversity policies of NWO are being developed. The policies build on several dimensions. Firstly, stimulating the participation of women in science and stimulating women to achieve higher positions in science. Secondly, developing assessment procedures within the organisation that are gender neutral and evaluating the gender policies of the councils. A third dimension is promoting the development of female staff members of the funding council. Kas studied physics at the Technical University of Eindhoven and obtained his PhD from the university Utrecht in 1988.

After his PhD, Kas worked as policy officer of the Foundation for Fundamental research on Matter (FOM) responsible for the semiconductor division and involved in the JESSI programme of the EU. In 1993 he switched to the Netherlands Organisation for Scientific Research where he had several positions as a senior policy officer. In its own organisation, NWO has set internal targets for the percentage of female employees in higher positions and salary scales. As a research-performing organisation, NWO recently developed the WISE-initiative to offer female researchers the opportunity to develop or expand their own research groups at the NWO research institutes (www.nwo.nl/wise). Underlying these gender and diversity activities are two main pillars: stimulating the participation of women in science (especially Science Technology and Engineering fields where participation is low) and stimulating the promotion of female researchers to achieve higher positions in science. The Aspasia programme offers research institutes and universities grants to promote talented female researchers and to further develop and strengthen gender and diversity policies at the involved organisations. NWO is also scrutinising its own peer review and assessment procedures. We composed a guidebook for equal opportunities for women in grant programmes, giving guidelines for our own staff to be used during assessment procedures. Recently NWO performed an analysis of the results of the assessment procedures with regard to gender balance. Currently, NWO is undertaking further action by developing a gender bias training for the assessment panels and for internal staff.  NWO also supports the Dutch network of female professors (LNVH), organises networking events for female researchers, and is starting the pilot programme ‘Gender and Health’ in which the focal point is the integration of the gender dimension in medical/healthcare research.