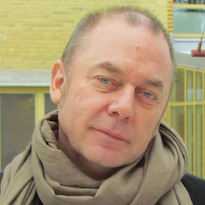 With an interdisciplinary background and PhD (1995) from the department of Technology and Social Change, Linköping University, Sweden, Prof Mellström has held positions as professor and associate professor at Linköping University (1995-2009), Luleå University of Technology (2005-2011), and Karlstad University (2011-present). Ulf has conducted research within the areas of gender and technology, masculinity studies, engineering studies, globalisation and higher education. He situates my work within the three fields of social anthropology, gender studies, and STS (Science and Technology Studies, in particular FTS, Feminist Technology Studies).

LWith a firm commitment to empirically and ethnographically grounded work Ulf has worked and intends to continue to document and analyse ways of gendering professions and knowledge production in Science and Technology. In line with a long tradition in STS and FTS he has focused on the cultural and social situatedness of knowledge production from a broad anthropological perspective. This means that he has developed studies and comparative analyses of research communities, technical professions and other related knowledge production communities. With a point of departure in my own investigations, emphasising the cultural embeddedness of gender, science and technology relations, he has and would like to further develop a global comparative perspective on the cultural variations of Science and knowledge production in branches like computer science and mechanical engineering. As much of contemporary STS, including FTS, still operates with a solid Anglo-American oriented framework he believes that, for example, new and emerging academic hubs in the changing political economy of knowledge production, such as Singapore, Dubai, Bangalore, would prove to be interesting sites to investigate how knowledge production is stratified in new and possibly unexpected ways. His own research findings from computer science being a female dominated field in Malaysia indicate that there are new analytical openings to be explored in gender and technology studies by extending our research efforts to a global comparative perspective on local forms of knowledge production in Science and Engineering. This also goes hand in hand with an intersectional perspective opening up for diversity and differentiation in STS/FTS by also showing that the doing of gender can be structured by many seemingly non-gendered structures.