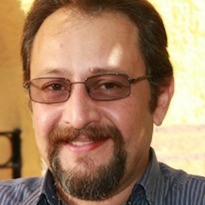 Salvador E. Lluch-Cota is Director of Sectorial Coordination (coordination of the 27 CONACYT Public Research Centers) and main researcher on Fisheries Ecology at the Northwest Biological Research Center (CIBNOR). Salvador has been leader of several research projects (both national and international), produced over 70 refereed papers, books, book chapters, and commissioned reports (FAO, WMO, UNESCO, GLOBEC), and refereed over 50 scientific papers in journals that include Science, PNAS, and Progress in Oceanography, mostly in the fields of Climate Change, Fisheries, and Marine Ecology. He has served as President of the Mexican Chapter of the American Fisheries Society and the Mexican Fisheries Society (2007-2009),