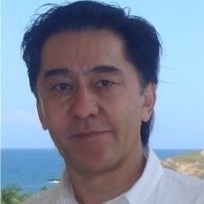 Dr Jaime Urrutia-Fucugauchi is a professor at the National University of Mexico (UNAM) Geophysics Institute and the Postgraduate Programs in Earth and Marine Sciences and Engineering.  He has a Doctoral Degree from the School of Physics, University of Newcastle upon Tyne, England (1980) and a Master in Science (1976) and a Bachelor’s Degree in Geophysics (1975) from UNAM. He was a visiting researcher at the University of Michigan, USA in1982-1983. Dr Urrutia-Fucugauchi’s interests center on the System Earth and planetary sciences, working on paleomagnetism, tectonics, geophysical exploration, paleoclimatology, impact craters and meteorites.  He has conducted projects on paleomagnetism, tectonics, geophysical exploration, Chicxulub impact crater, extinction of organisms, Allende meteorite and the origin and evolution of the solar system and contributed to  the tectonic evolution and paleogeography of Mexico, formation of the Pangea supercontinent, continental break-up and tectonic rotations, He has undertaken studies in  geomagnetism, rock magnetism, mineral exploration.