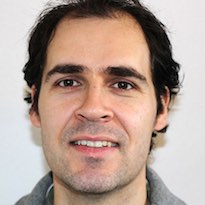 David Cuberes is an Associate Professor of Economics at Clark University. He is a consultant for the World Bank and the International Monetary Fund on topics related to economic growth and development as well as urban economics. He started his academic career as an Assistant Professor at Clemson University. He then spend some years at the University of Alicante (Spain) and the University of Sheffield (United Kingdom). He has also been a visiting professor at Warwick University and Royal Holloway (University of London). Dr Cuberes' research focuses on the link between institutions and economic growth and the determinants of city growth. His papers have been published in the Economic Journal, Journal of Urban Economics, and Journal of Human Capital, among others.

He has taught several courses on Macroeconomics, Economic Growth, and Urban Economics. He is also the author of a chapter in the book “Frontiers of Economics and Globalization” and another on the World Development Report 2012. He received a B.A. from UniversitatPompeuFabra (Barcelona, Spain) in 1998, a Master in Economics and Finance from CEMFI (Madrid, Spain) and an M.A. and Ph.D. in 2001 and 2005, respectively, from the University of Chicago.  He has been at Clark since 2015.