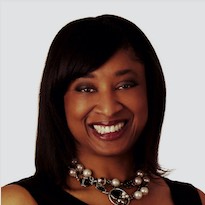 Renetta Garrison Tull is Associate Vice Provost for Graduate Student Professional Development & Postdoctoral Affairs at the University of Maryland, Baltimore County (UMBC: An Honors University in Maryland), where she is the Co-PI and Founding Director for the National Science Foundation’s PROMISE: Maryland’s Alliance for Graduate Education and the Professoriate (AGEP) for the 12 institutions in the University System of Maryland (USM), and Co-PI/Co-Director for the Louis Stokes Alliance for Minority Participation (LSAMP) program for undergraduates in the USM, and Co-PI for the LSAMP Bridge to the Doctorate program at UMBC.

Dr Tull has worked with thousands of students from Alaska to Puerto Rico, and in Latin America through graduate school preparation workshops that have been sponsored by AGEP, The National GEM Consortium, National Society of Black Engineers, Society for Hispanic Professional Engineers, Society for the Advancement of Chicano, and Native American Scientists, American Indian Science and Engineering Society, and the Alliance/Merck Ciencia Hispanic Scholars Program. She has presented workshops on graduate school admissions, “The Success Equation,” STEM initiatives, PhD Completion, Women in STEM, and STEM Inclusion, in Panama, Mexico, Ecuador, Colombia, Puerto Rico, the Dominican Republic, and schools across the United States. Tull is on the board of advisors for the PNW-COSMOS Alliance to increase the number of American Indian/Alaska Native (AI/AN) students who complete STEM graduate programs, and has been a speaker on “GRADLab” tour with the National GEM Consortium, giving talks at schools around the United States on Saturday mornings. Tull researched speech technology as former member of the faculty at the University of Wisconsin-Madison. She has co-authored several publications on achievement in STEM fields, and is a mentoring consultant for Purdue, Carnegie Mellon, Cornell, MIT, and other schools. She co-led the “ADVANCE Hispanic Women in STEM” project in Puerto Rico, and the Latin and Caribbean Consortium of Engineering Institutions’ (LACCEI) “Mujeres en STEM y Diversidad” forum. Tull was a finalist for the 2015 Global Engineering Deans Council/Airbus Diversity Award and her platform for faculty diversity was acknowledged in Italy during the World Engineering Education Forum.  She has presented on diversity and inclusion in STEM throughout the US and Puerto Rico, Latin America, Europe, Australia, and India. She is a Tau Beta Pi “Eminent Engineer.”