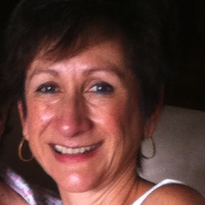 Itzá has almost 20 years of experience in projects and initiatives involving public policy development, building local institutions, and the incorporation of gender issues into development. She has worked in various capacities for a number of international and national organizations in Mexico and Latin America as a researcher and consultant adviser, while also teaching and training on gender equality and development.  From 2001 to 2004, Itza was the Director of Gender Equity at Mexico’s Secretariat of Environment and Natural Resources (SEMARNAT). From 2004 to 2011, she held the position of Senior Gender Adviser for the United Nations Development Programme (UNDP) in Mexico. Since 2012, she has been advising on environmental and gender policy for IUCN as the gender focal point for Mexico, and recently with particular involvement in the national REDD+ process in Mexico.

She has been a co-author of more than 10 books and coordinated and published numerous reports, guides, and articles on gender and human development, gender and competitiveness, disaster risk reduction, water, climate change, and environment. She has also been a keynote speaker at national and international conferences and congresses.  Itza was born in Guatemala, but in 1997, after living in Mexico for 18 years, adopted the Mexican citizenship. She studied Biology and subsequently obtained a scholarship from the Organization of American States (OAS) to study a Master’s degree in Environment. She also has a diploma in Environmental Policy with a gender concentration.

#SpeakerPreview Read Itza's article in the Journal of Law and Public Policy Measurement and Reporting: Important Elements of Gender Mainstreaming in Environmental Policies