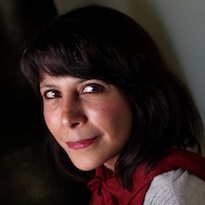 She is a frequent collaborator in El Economista and La Crónica de Hoy newspapers. She also writes for Nature News and Nature Outlook among other media and is a member of the Cell Biology Editorial Board of Nature Education. Author of two books for young readers she also edited with Juan Pedro Laclette the book “Medicine and Genomics: A New Synthesis”. In radio she has participated as science editorialist for Radio Ibero and Órbita FM, and was the scriptwriter and conductor of the program Vértice for National Radio. She currently appears in Ciencia en Todos Lados a television series broadcasted by public television (SPR-channel 30).