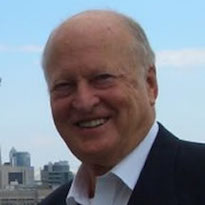 Prof Oldham is an Honorary Professor with SPRU at the University of Sussex, UK. Prof Oldham trained as a geophysicist and spent several years in the exploration research laboratories of Standard Oil Company of California. He left the oil company to accept a Fellowship which enabled him to study the Chinese language and to initiate a review of science and technology policy in several Asian countries. After a year with the Scientific Directorate of OECD he helped start the Science Policy Research Unit at the University of Sussex and was its Director from 1980 to 1992. He was also a member of the team which designed and drafted the Act of the Canadian Parliament which established the International Development Research Centre. He directed the Centre's Science and Technology Policy Programme for ten years and served as Science Adviser to the President of IDRC from 1992 to 1996.