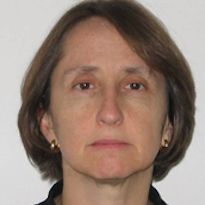 Ana María Rodríguez-Ortiz has been the Manager of the Institutions for Development Department (IFD) since February 2011.  She previously served as Manager of the Andean Country Group.  Since joining the Bank in 1991, Mrs. Rodríguez-Ortiz has occupied several positions, including Senior Advisor to the Office of the Presidency from June 2008 to December 2010.  She was the IDB’s Country Representative in Peru from August 2007 through June 2008.  She has also been Chief Advisor to the Executive Vice Presidency; Chief of the Finance and Basic Infrastructure Division of the Regional Operations Department 3; Chief of the Country Division for Colombia, Ecuador, Peru and Venezuela; and Technical Advisor to the Executive Vice Presidency.

Prior to working at the IDB, she served as Economic Advisor to the President of the National Banking Association in Colombia, worked at Banco de la Republica (Colombian Central Bank) and at the Banco Central Hipotecario of Colombia.   Mrs. Rodríguez-Ortiz, a Colombian citizen, holds a Master of Arts in Development Economics from Williams College in Massachusetts and a degree in Economics from Universidad de Los Andes in Bogotá.