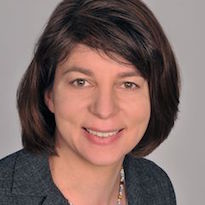 Petra Lucht, Physicist and Sociologist, researches and teaches in the field of Gender Studies in Science, Technology and Engineering at the Technische Universität Berlin. Currently, she holds a Guest Professorship in "Gender Studies in Engineering. (Foto Andreas Kirsch). Her talk is on an ethnographic case study of a physics laboratory in Germany will be presented, that has the striking characteristic that at the PhD and post-doc level, women outnumber men. While such a clustering of women in male-dominated fields may  occur frequently in local settings, such an inversion in workplace gender balance has escaped the notice of gender studies in STEM.

In Germany, the participation of women at all stages of  the academic career in physics has increased after the turn  to the 21st century, but  on average women make up only 20-25% of physics students at the bachelor, master, and PhD level.  It is concluded that this physics laboratory exemplifies an exceptional  assemblage of norms and policies of gender equality, processes  of recruitment, work organization and professional culture of physics  that is inclusive for women and men with different biographical  backgrounds. Prior investigations in gender studies have shown  that the professional culture of physics is constituted by interwoven  ways of ‘doing gender’ while ‘doing physics’. In contrast, this case study  shows that ‘doing physics’ and ‘doing gender’ might become  dis-entangled in this local setting. Therefore, this study contributes  to challenge perspectives on gender and STEM research that seek  to de-gender STEM fields.