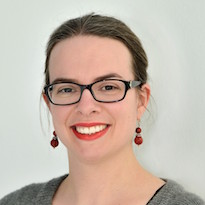 Sabine Oertelt-Prigione is a physician specialized in internal medicine and public health. She obtained her M.D. from the University of Milan and holds a MSc in Public Health from University of London/LSHTM and a medical doctorate from Charité, Berlin. She has been working on the implications of sex and gender in biomedical and public health research since 2003, first during her postdoc years at UC Davis, USA and since 2009 at the Institute of Gender in Medicine in Berlin. She developed the first systematic database on sex and gender-specific literature and co-edited one of the first textbooks on gender medicine. She has authored more than 40 publications in the field.

Her current interests are gender-sensitive and innovative prevention, mostly in the field of cardiovascular prevention and gendered discrimination, as well as the structural implementation of gender medicine. Next to her academic activities, she is involved in several NGOs, screens biomedical startups in their early phase for a non-profit organization and is completing training as an organizational consultant.