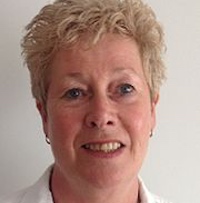 The recommendations for action of the Welsh Government’s Task Force
Panel 5: Realising the full scope of policy impact through strategic alliances among key players

Professor Hilary Lappin-Scott graduated from the University of Warwick (BSc and PhD) and then held Post-doctoral Fellowships in the UK and Canada before her appointment as Lecturer in Microbiology at the University of Exeter in 1990. She was awarded a Personal Chair in Microbiology in 1999. Her research group works on unravelling the complexities within microbial biofilm communities and has resulted in the publication of over 200 scientific papers in Microbial Ecology and the successful training of 50 PhD students to completion, many of whom have senior academic or senior posts in multi-national businesses.

During her 20 years at the University of Exeter Prof Lappin-Scott was Head of Biosciences prior to becoming Dean of the Postgraduate Faculty and her duties included improving all aspects of the postgraduate student experience across all three campuses and establishing a prominent research environment within the newly formed Peninsula Medical School. Prof Lappin-Scott joined Swansea University in 2010 and has a cross cutting role on Strategic Development. Responsibilities within Strategic Development include devising the University Fee Plans, the University Strategic Plans (2012-2017); the Swansea University Employability Academy, undertaken reviews of strategy and activities of various Schools/Colleges. External Relations roles include interactions with HEFCW, Welsh Government, UUK as well as other key external stakeholders.  Professor Lappin-Scott was elected President of the Society for General Microbiology (2009-2012) and was President of the International Society for Microbial Ecology (2006-2010). She is currently a member of the International Board of the American Society of Microbiology and a Founder of the European Academy of Microbiology. She co-founded the “ISME Journal” with the Nature Publishing Group, internationally acknowledged to be the leading journal in Microbial Ecology. Prof Lappin-Scott is a Fellow of the American Academy of Microbiology, the Society of Biology and also of the European Academy of Microbiology.  She acts in a number of roles outside of Swansea including being a member of the REF2014 panel on Earth Systems and Environmental Sciences, a member of the review panel for the European Research Council and as an external reviewer of research for a number of leading European universities.  Professor Lappin-Scott is currently devising the Research and Innovation Strategy for 2015-2020 and leads all interactions between Swansea University and  Abertawe Bro Morgannwg University (ABMU) Health Board.