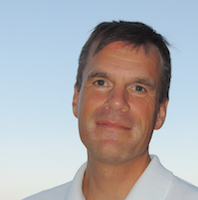 Good and bad ways to deal with sex-gender differences in biomarker and biobank research, and issues I would look for as an evaluator of planned studies
KEF 3: Integrating gender dimension in study design

Ingvar A. Bergdahl is the Scientific Secretary of Umeå University’s Department of Biobank Research and as such is active in local, national and international networks, advising and supporting researchers in using biobank samples, in particular samples from the Northern Sweden Health and Disease Study. He is also chair of one of the expert groups that evaluate proposed biobank studies in the Northern Sweden Health and Disease Study. He has participated in several EU research projects. He is associate professor of Occupational and Environmental Toxicology and has produced research within analytical chemistry, toxicology, and epidemiology.

Dr Bergdahl received a Masters degree in chemical engineering with focus on occupational hygiene 1991 and a Doctors degree in medical sciences 1997, both from Lund University. He has worked as occupational and environmental hygienist at Norrland’s University Hospital in Umeå and is associate professor at Umeå University since 2005, teaching in environmental health courses. Early research concerned analytical methods for metals and their use as biomarkers in exposure assessment. Later studies are in occupational and environmental epidemiology, often based on biomarker studies in biobank samples. After moving to the Department of Biobank Research in 2012 Bergdahl has broadened the perspective further to include a broader range of biobanks-based epidemiology studies.

Read more about the biobanks research at Umeå University