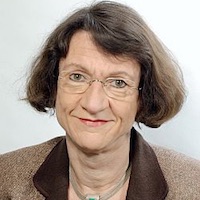 In 2010 she took over the management for a German initiative to support human biomonitoring which is a co-operation project between the German Chemical Industry Association and the Federal Ministry for the Environment, Nature Conservation and Nuclear Safety. She was member and work package leader of the finalized EU- project Expert team to Support BIOmonitoring (ESBIO), a consortium preparing a concept for biomonitoring in Europe and DEMOCOPHES and COPHES, the Consortium to Perform Human Biomonitoring on a European Scale preparing a human biomonitoring study for Europe. From to 2006 to 2010 she was vize-chair and chair, respectively, of the OECD Endocrine Disruptor Testing and Assessment Advisory Board. From 2011 until 2015 she was governmental councilor of the International Society of Exposure Science ISES.