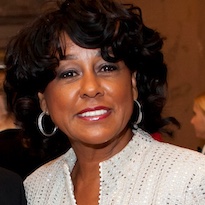 Professor Jean Bailey is Graduate Professor in Human Development at Howard University.  Additionally, she directs the Center for Drug Abuse Research, chairs the Howard University Republic of South Africa Project (HURSAP). She co-chaired the USA African National Congress (ANC) Centenary Committee (appointed by the National Chairperson of the ANC). As chair of the USA ANC Centenary Committee, she coordinated the US activities in celebration of the 100th Anniversary of the ANC from 2011 – present (including Legacy Projects).

In addition to her current positions, she has served Howard University in various capacities throughout her distinguished career, including as Undergraduate Faculty Trustee for the Howard University Board of Trustees and Chair of the Department of Human Development. Currently, she is also Secretary/Treasurer and Project Director of the National African American Drug Policy Coalition (NAADPC), a national coalition of the 25 premier African American Professional Organizations housed at the Center for Drug Abuse Research,  She was appointed by President Obama to the President’s Advisory Committee on the Arts for the Kennedy Center and by Governor Martin O’Malley to the Maryland Commission on African Affairs. Since the establishment of HURSAP in 1996, Dr Bailey has been involved in numerous projects in South Africa as well as other countries throughout the Diaspora.  These include the  “International Development Partnership between Howard University and the University of the Western Cape funded by USAID; “Substance Abuse, Crime and HIV/AIDS as a Consequence of Poverty in the U.S. and South Africa” funded by the Department of State; “Partnership in Higher Education/Howard University and the University of the Western Cape” funded by the Association Liaison Office/United States Agency of International Development; and  “Research Collaborations Across Continents”  NIDA Research Meeting, held in Cape Town, South Africa and funded by the National Institute on Drug Abuse. Dr Bailey is the author of more than 70 scholarly publications and the recipient of more than $20m in research funding.