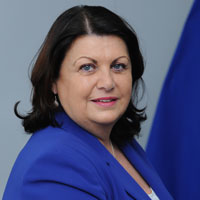 In a video presentation at the Gender Summit 3 North America 2013 (GS3NA), the Commissioner introduced the latest EU-wide policy direction and initiatives in Europe to promote action on the gender dimension in research and innovation, and in particular, for the first time, as an integral part of the Horizon 2020 R&D programme, and the European Research Area.