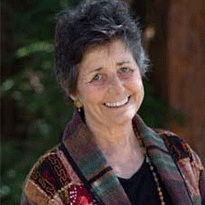 Distinguished Professor of Psychology and Provost of Cowell College, University of California at Santa Cruz, USA.

Faye Crosby is distinguished professor of psychology and Provost at the University of California, Santa Cruz.  She has received numerous professional awards, including the Kurt Lewin Award and the Carolyn Wood Sherif Award from the American Psychological Association.  She is a leading authority on affirmative action and diversity issues in education and business.

Professor Crosby spoke on the phenomenon known as "the denial of personal disadvantage," whereby people see themselves as exempt from the injustices that affect groups with which they identify, at the Gender Summit 3 North America 2013 (GS3NA). She outlined why institutions and will advocate for one  American monitoring practice inaugurated by Executive Order 11246: affirmative action.