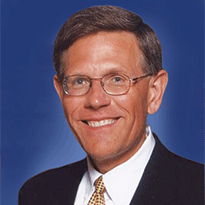 In 1989, Droegemeier co-founded the NSF Science and Technology Center for the Analysis and Prediction of Storms and directed it from 1994-2006. He now is director emeritus. In 2003, he co-founded and presently served for six years as deputy director of the NSF Engineering Research Center for Collaborative Adaptive Sensing of the Atmosphere. He also founded and served as director of the Sasaki Institute, a non-profit organization at the University of Oklahoma that fosters the development and application of knowledge, policy, and advanced technology for the mutual benefit of the government, academic and private sectors. Droegemeier also is heavily involved in creating research alliances among academia, government and industry, having led a partnership with American Airlines that in 2000 resulted in him starting a private weather technology company, Weather Decision Technologies, Inc (WDT).  Droegemeier has served as a consultant to Honeywell Corporation, American Airlines, Continental Airlines, and the National Transportation Safety Board. A Fellow of the American Meteorological Society, he is former Chairman of the Board of Trustees of the University Corporation for Atmospheric Research and a Director of the Norman, Oklahoma Chamber of Commerce. In 2004, he was elected a Councilor in the American Meteorological Society.  Droegemeier was appointed to the National Science Board in 2004 and 2011. He was elected as Vice-Chairman in 2012. In 2009, he was appointed Vice President for Research at the University of Oklahoma.

Dr. Droegemeier sent his remarks via video in the "Ensuring Inclusive Excellence through Merit/Peer Review" roadmapping session of the Gender Summit 3 North America 2013.