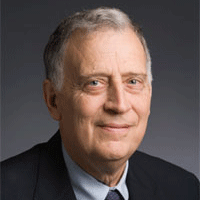 Dr Ralph Cicerone is the President of the US National Academy of Sciences and Chair of the National Research Council. His research in atmospheric chemistry, climate change and energy has involved him in shaping science and environmental policy at the highest levels nationally and internationally. Prior to his current roles he was the Chancellor of the University of California, Irvine, where he also chaired the Department of Earth System Science.  He now holds the title of Chancellor Emeritus and Professor Emeritus of Earth System Science.  His other high level roles include member of the Advisory Board of the USA Science and Engineering Festival and Foreign Member of the Royal Society and the science academies of Italy, Korea, Russia, Spain and Taiwan. In 1999 he was honored by the Bower Award and the Prize for the Achievement in Science.  In 2002 he was awarded the Roger Revelle Medal by the American Geophysical Society, and in 2004 he received the Albert Einstein World Award of Science from the World Cultural Council.