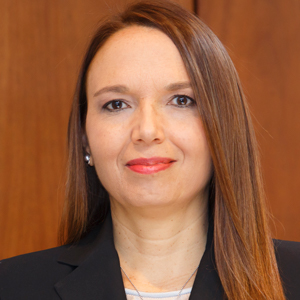 Doctor of Business Administration from the Maastricht School of Management and the Pontificia Universidad Católica del Perú (PUCP). Holder of a Master’s Degree in Business Administration, a Professional Degree in Business Administration and a Professional Degree in Accounting. Specialist in issues related to financial and administrative management; project development and implementation, and educational management. She has been part of the founding team of CENTRUM PUCP and has held different positions in this institution: Academic Director, Program Director and General Director. She is currently the Head of the Graduate Business Department of the Pontificia Universidad Católica del Perú, Director, Full-Time Professor and Researcher at CENTRUM PUCP. Founder of the Center for Responsible Global Leadership, Women and Equity, which is oriented to promote women's skills in different areas of action through the generation of knowledge of women's economic and professional activities. Member of the Peruvian Advisory Committee for the Project "Economic Empowerment of Women in Green Industry" of UNIDO (2020). Vice President of the Diversity Committee of the American Chamber of Commerce of Peru (2020). President of the Pro-Woman Committee on Science, Technology and Innovation (CTI) of the National Council for Science, Technology and Technological Innovation (CONCYTEC).

Principal Researcher of the Argentine Council for Science and Technology (CONICET)

Prof. Karen Hallberg holds a PhD in Physics from the Balseiro Institute in Bariloche. She is Principal Researcher of the Argentine Council for Science and Technology (CONICET) working at the Bariloche Atomic Center and is a Professor at the Balseiro Institute (Argentine Commission for Atomic Energy, CNEA, and University of Cuyo). She was awarded several prizes and recognitions such as the 2019 L'Oreal-UNESCO International Award For Women in Science (for Latin America), honorary doctorates at the National University of Jujuy and at the University Siglo XXI, Honorary Fellowship of the IAEA Marie Sklodowska Curie Fellowship, the 2005 Guggenheim Fellowship and was an Aspen Ideas Festival Scholar and several honorary mentions awarded by the Argentine Congress (upper and lower chambers). 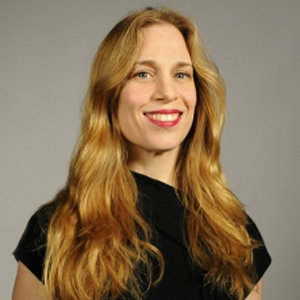 Nora Libertun is an expert in Housing and Urban Development Sector at the IBD, where she leads the knowledge agenda and the promotion of gender and diversity actions in the Sector. She holds a PhD in Urban and Regional Planning from MIT, a Master's in Urban Design from Harvard University, and a Master’s in Architecture from the University of Buenos Aires. Nora has taught urban planning and international development at various universities and is an Adjunct Associate Professor at Columbia University. She is a member of various technical boards, including the Steering Committee of Harvard Mexican Cities Initiative. Previously, she was the Director of Planning and Natural Resources for New York City. Her articles have been published in a range of academic journals, counting the Journal of Planning Education and Research, Housing Policy Debate, International Journal of Urban & Regional Research, Cities, Urban Studies, World Development Perspectives, and City & Community, among others.

Nísia Trindade Lima holds a Ph.D. in Sociology and a master's degree in Political Science. She has authoring books and articles with an emphasis on Brazilian social thinking, history of ideas in public health, and the Brazilian processes of construction of the National State. She is now on her second mandate as the President of the Oswaldo Cruz Foundation – FIOCRUZ and is the first woman to occupy this position in its 120 years of history. Linked to Brazilian Ministry of Health, Fiocruz is the largest Public Health Academic Institution in Latin American and the Caribbean Region.

Luiz Eugênio Araújo de Moraes Mello graduated in Medicine from the Federal University of São Paulo (UNIFESP) in 1982. He has a master’s degree (1985) and a PhD in molecular biology (1988) from the same university. He attended the University of California, Los Angeles (UCLA) in the United States as a postdoctoral fellow in neurophysiology between 1988 and 1991. He earned a Habilitation in 1994 and a Full Professorship in Physiology in 1998. Dr. Mello was a member of the Advisory Committee on Biophysics, Biochemistry, Pharmacology, Physiology and Neurosciences (CA-BF) to the Nacional Council for Scientific and Technological Development (CNPq) in 2000-03, and a member of an adjunct panel to FAPESP’s Scientific Directorate in 2003-06. He has been a full member of the São Paulo State Academy of Sciences (ACIESP) since 2007 and of the Brazilian Academy of Sciences (ABC) since 2010. In the latter year he was awarded the Grand Cross of the National Order of Scientific Merit. 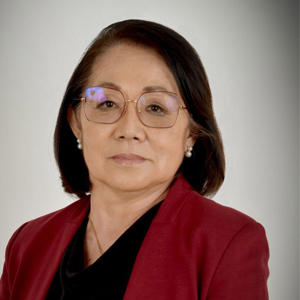