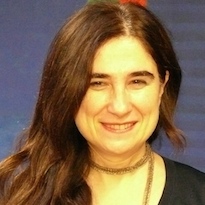 Head of the Women and Science Unit, Cabinet of the Secretary of State for Science and Innovation, Spain.

Prof de Madariaga spoke about The Report on Structural Change of the European Commission Expert Group in Plenary Session: Policy for creating a gender and socially responsive science and innovation environment at the Gender Summit 1 EU (GS1EU).