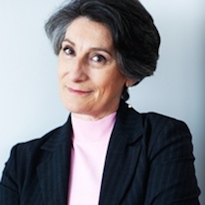 President of the COST Committee of Senior Officials (CSO), COST (European Cooperation in Science and Technology), Technical Cabinet of the Secretary General of Innovation at the Spanish Ministry for Science and Innovation.

Dr Rodríguez-Peña has been President of the COST Committee of Senior Officials (CSO) since June 2010 and Special Advisor to the Technical Cabinet of the Secretary General of Innovation at the Spanish Ministry for Science and Innovation since January 2011. As former Deputy Director General for European Programmes from 2007 to 2010 she headed the Spanish delegation in the Scientific and Technical Research Committee of the Council of the European Union (CREST) and as a member of the newly-named European Research Area Committee (ERAC). She also represented Spain in the Strategic Forum for International Science & Technology Cooperation (SFIC), another CREST level created by the Council of the European Union. From 2002 to 2007, she was Deputy Head of International Affairs at the Spanish National Research Council (CSIC) responsible for European Science Foundation (ESF) relations as well as European policy fora such as the Framework Programme. Her flair for international research cooperation is partly thanks to her own background as a scientist. After obtaining her PhD. in Biology in Madrid, Spain, she obtained a postdoctoral fellowship from the European Molecular Biology Organisation (EMBO) in 1981 to join the former Imperial Cancer Research Foundation – now Cancer Research UK – in London, United Kingdom, where she remained as an associated scientist until 1986. Once back in Spain, she started her own research group and spent time as a visiting scientist at Harvard Medical School in Boston, USA, and at the Karolinska Institutet in Stockholm, Sweden.

Dr Rodríguez-Peña chaired Session A3: KNOWLEDGE PRODUCTION Research norms and integrity and spoke about The role of Inter-governmental collaborations in the Plenary Session: Policy for creating a gender and socially responsive science and innovation environment at the Gender Summit 1 (GS1EU).