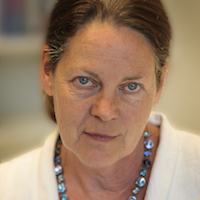 Ineke Klinge is associate professor of Gender Medicine at Maastricht University. She combined her training in biomedical sciences (specialization Immunology) with gender research. Her past and current research for the European Commission focuses on innovation of biomedical and health research by incorporation of sex and gender aspects. The project GenderBasic (2005-2008) that she coordinated was elected by the European Commission as a FP6 success story. During winter semester 2008-2009 she was appointed as Maria-Goeppert-Mayer guest professor in Gender Medicine at the Georg-August-University in Göttingen, Germany. In 2010, with Claudia Wiesemann she published the book Sex and Gender in Biomedicine. Theories, Methodologies, Results. She is currently co-director of the EU Expert group Innovation through Gender that develops methods of sex and gender analysis for basic and applied research: Gendered Innovations in Science, Health & Medicine, Engineering and Environment.

Prof Klinge spoke about Gender, Biomedicine and Health in Session C4: EXCELLENCE AND RESPONSIBILITY OF SCIENCE Gender as a scientific quality value at the Gender Summit 1 EU (GS1EU).