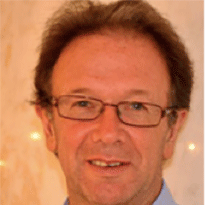 Professor in the Department of Human Development in the College of Education at University of Maryland.

Kevin Dunbar grew up in Bray, County Wicklow, Ireland. He attended The National University of Ireland at University College, Dublin. He obtained a BA in Logic and Psychology in 1977 and an M.A. in 1979. In 1980 he began work on his PhD in the Department of Psychology at the University of Toronto and worked with Professor Colin MacLeod. His doctoral work was on attention and automaticity. In 1985 he moved to Carnegie Mellon University in Pittsburgh to begin postdoctoral work with Professor David Klahr on reasoning and problem solving. They worked on complex thinking and scientific reasoning and proposed a dual space search model of scientific thinking in both adults and children.

At Carnegie Mellon, he also collaborated with Jon Cohen and James McClelland and they proposed an influential Parallel Distributed Processing, or connectionist model of Attention and learning. In 1988 he moved to McGill University in Montreal to become Assistant professor of Psychology. He continued his work on scientific thinking and discovery applying it to molecular biology. At McGill he pioneered a new way of investigating complex thinking in science, by investigating scientists as they worked at their lab meetings. This new "invivo approach" has now been used to study complex thinking in many different domains and is important for understanding the ways that people learn and are educated in science. Professor Dunbar was promoted to Associate and then Full professor at McGill University. In 2001 he moved to Dartmouth College where he was both Professor of Education and Professor of Psychological and Brain Sciences. He then became Professor of Psychology and a member of the program of neuroscience at the University of Toronto before taking up his current position in Maryland this year.