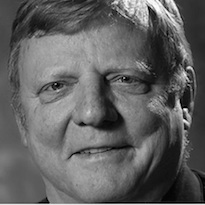 Henrik Toft Jensen is Lecturer at the Department of Environmental, Social and Spatial Change at Roskilde University, Denmark. He was Rector of Roskilde University from 1989 to 2006 and Chair of the Danish Rectors’ Conference from 2000 to 2002. Dr Toft Jensen started his career at the Department of Geography of the University of Copenhagen where he worked from 1968 to 1973. Until 1975 he was an adjunct professor at Falkonergårdens Gymnasium, Denmark. He then joined the Department of Geography, Social Science and Computer Science of Roskilde University, where he served as Head of Department from 1982 to 1987. Dr Toft Jensen is involved in a variety of higher education projects and expert committees within and outside Europe. He is, amongst others, a member of the program committee Regions of knowledge of the EU 7th Framework (since 2007), the Chair of the steering committee of the E4 Group’s European Quality Assurance Forum (since 2006) and a member of the Irish Universities Quality Board (since 2006). He is a member the External Review Panel of the Singaporean universities and was a member of an advisory panel to the Singaporean government from 2003 to 2006. He was the Chair of the Steering Committee of EUA’s Institutional Evaluation Programme (2001-2007) and also represented EUA in the E4 Group until 2007. Dr Toft Jensen is and was also involved in several Danish bodies, both in the fields of higher education and geography, technology boards, business development committees, and is the chair of the Tourist Board of East Denmark. Dr Toft Jensen studied political science and geography at Copenhagen University and holds several honorary degrees. He is Doctor Honoris Causa of, amongst others, the Linguistic University of Nizhniy Novgorod, Russia.