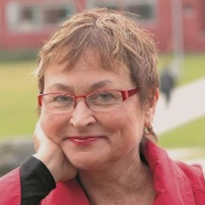 Member and Chair of KIF (Committee for Gender Balance in Research Norway).

Dr.philos. Gerd Karin Bjørhovde is Professor of English literature at the University of Tromsø, Norway.  In her research Bjørhovde has worked extensively with feminist perspectives on literature and women writers, particularly women’s pioneering contributions to and experiments with the novel form.  She has been active in various gender equality and research committees both nationally and internationally. In 1999 she was Convenor of the 7th International Interdisciplinary Congress on Women – Women’s Worlds ’99, which took place in Tromsø. From 2001 through 2008 Bjørhovde was pro-rector of the University of Tromsø, focusing in that period among other things on internationalization of education and research, and on promoting gender mainstreaming in her own institution as well as nationally.  In 2007 she was appointed Chair of the Committee for Mainstreaming – Women in Science Norway, by the Minister of Education, from 2010 called Committee for Gender Balance in Research.

Prof Bjørhovde spoke about Between governmental and institutional level - unique opportunities for action? The Norwegian Committee for Gender Balance in Research in Session C2: LEVERAGING POLICIES AND LEGISLATION The Norwegian experience at the Gender Summit 1 EU (GS1EU).