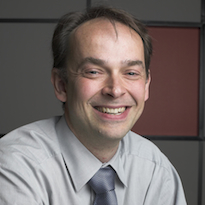 Erik Litborn is working for VINNOVA (The Swedish Governmental Agency for Innovation Systems) and holds a position as Programme Director. During the PhD studies he was in parallel working as the Scientific Secretary in the Nanochemistry Programme which was funded with 40 MSEK by the Swedish Strategic Foundation. After defending his thesis in Analytical Chemistry 2001, he left the academy for a position as R&D Scientist in a startup company having sites in both Stockholm and Lausanne, Switzerland. After the financial problems in the biotech business area he left the company and started to work for VINNOVA 2004 with the Green Material Programme and setting up the Sweden-Japan collaboration programme Multidisciplinary BIO. Since 2005, Erik is responsible for the current 7-year programme VINNMER (total budget >600mSEK incl co-financing) which is since 2009 co-funded by FP7-PEOPLE with €5 million (VINNMER-PEOPLE 229694). In addition, he is also responsible for the 10-year Berzelii Centra Programme (CoE, total budget 700 mSEK incl co-financing) and is a member of the Programme Management Team for the VINN Excellence Center programme.

Dr Litborn spoke about VINNMER: the solution for successful careers for underrepresented gender in Session C2: LEVERAGING POLICIES AND LEGISLATION The Norwegian experience at the Gender Summit 1 EU (GS1EU).