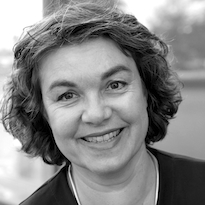 Maya Widmer is in charge of gender equality in the research funding process at the Swiss National Science Foundation SNSF. After graduating in German and English studies at the University of Zurich, she worked as scientific assistant, editor and education expert. She lectured at, among others, the universities of Zurich and Basel and was strongly involved in a four-year research project on literature of women in Switzerland. Maya Widmer is member of the steering committee of the “Federal Programme for Gender Equality at Swiss Universities”, which she coordinated between 2001 and 2004 on national level. She has been member of the Helsinki Group since 2004, and she chaired the expert group on “Women in Research Decision Making” established by the European Commission 2006-2007.