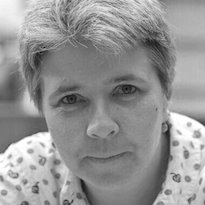 Ginny Barbour joined PLoS in 2004 and was one of the founding editors of PLoS Medicine; she became Chief Editor in 2008. Her background in publishing comes from The Lancet, where she worked from 1999 until joining PLoS. She initially studied Natural Sciences at Cambridge University, and then medicine at UCL and Middlesex Hospital School of Medicine, London. After training in Haematology at the Royal Free Hospital, London, she studied globin gene regulation in Oxford and then at St. Jude Children's Research Hospital in Memphis, Tennessee. She is the Secretary of the Committee on Publication Ethics, and is a member of the Ethics Committee for the World Association of Medical Editors.

She has participated in discussions on revisions to CONSORT statements, the PRISMA statement, and is involved in the EQUATOR initiative. She has campaigned on many issues in publishing including ghostwriting and the influence of the tobacco and pharmaceutical industries

Dr Barbour contributed to the roundtable Session D: GENDER ISSUES IN SCIENCE PUBLICATIONS How can editorial policies and writing on gender issues in science be improved to make the assessment and selection of research results for publication sensitive to gender and sex issues? and facilitated Session B2: COLLABORATIVE STRENGTH Working better as teams at the Gender Summit 1 Europe (GS1Eu).