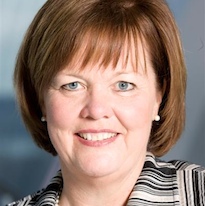 In May 2005, Mrs Schwarzenbart started her current assignment as Director of Global Diversity Management. The mission of the Global Diversity Office is the implementation of diversity and inclusion at Daimler worldwide. From 1999 until 2001 she served as Senior Human Resources (HR) Manager in Engineering of Mercedes Passenger Cars and was then promoted to the first HR Director position in Engineering. Her responsibilities have covered the entire scope of the HR landscape and included organisational and corporate security issues. In 2000, she implemented the global rollout of a new performance and potential management system (LEAD) in addition to her line responsibilities. Prior to that, Mrs Schwarzenbart managed organisational and human resources development for executive levels in Daimler's plant Sindelfingen after handling change management processes there. She has also worked on the development of the first behavioural-based training for supervisors and professionals. Her career at Daimler-Benz started with a degree in social and behavioural sciences in 1988. Mrs Schwarzenbart also serves as a member of the supervisory board at the University of Konstanz and the German Youth Insititute (DJI), Munich.